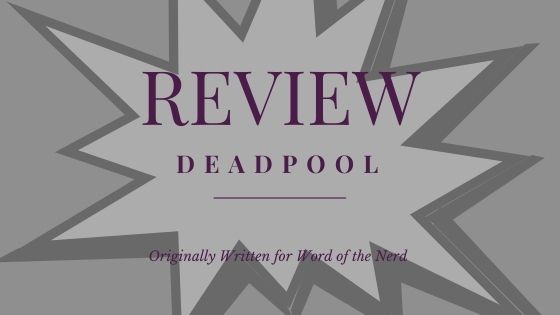 How to Break Hearts in Deadpool #7

Deadpool #7 has one of the best (and most entertaining) comic covers in recent times. It embodies everything that makes Deadpool what it is. It raises a question on how literal the imagery portrayed is.

Deadpool has been through a lot of changes since this new series began. He became king of the monsters. More impressively, he’s held onto that title. He has a new shark friend (named Jeff the Land Shark), and there’s even potentially a new love interest in his life.

Not to mention the constants expected in Deadpool’s life. The chaos, the fighting, the banter. You know, the usual. That’s still there and in spades. He just has a bit more drama than usual, which is quite the feat.

Kelly Thompson has done it again. Deadpool #7 is both chaos-fueled and yet so full of surprises. Everything from the introduction to the conclusion is full of twists, surprises, and so much more (this is Deadpool we’re talking about).

This issue of Deadpool is entertaining for a variety of reasons. There’s that strong sense of foreshadowing; there’s also that classic Deadpool humor. Then there are the dozens of moments, and little details are strewn about.

Personally, the details make the issue for me. It adds new height to the series, laying the groundwork and slowly building together to create something else. Here, Thompson’s writing style really does shine through.

In short, this issue had a little bit of everything, in just the right proportions. It made for a thrilling read. Though waiting a month to see what happens next might prove to be painful.

The art style itself is an absolute highlight of this issue. It also seems to change, depending on the scene. Dreams, storytelling modes, and other elements seem to alter it significantly, which is actually perfect.

The colors are bright and dynamic and being a Deadpool series, that is saying something. There’s no fear of color on these pages. However, one can find creative use of contrast on more than one occasion.

Everything told, this is a memorable issue. I fell in love with the art style on these pages. I would do anything to see this creative team become the standard team for Deadpool because their work together is everything.

Deadpool #7 is an action and chaos-fueled addition to Deadpool’s series but in the best of ways. Along with plenty of battles and banter, there’s still room for drama and surprises. That final revelation at the end of this issue will leave readers eagerly waiting for Deadpool #8.