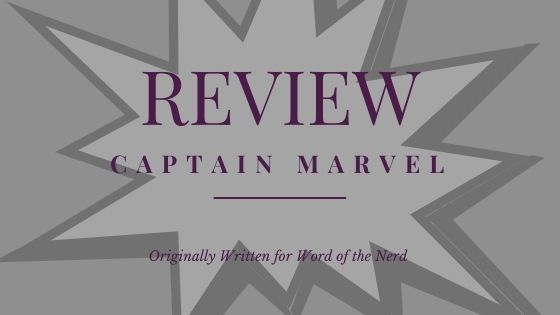 A Dark Twist in Captain Marvel #12

Captain Marvel #12 starts a whole new plot in Carol’s story, ‘The Last Avenger.‘ This is a plot that has already been getting a ton of ink – and it’s not even officially out yet. And yet, the cover immediately caught our attention – with a darker version of Captain Marvel standing front and center.

This issue marks a darker turn for Carol. We’ve seen her take on many villains in her time as a hero. But now we’re about to see a whole new side of her. And that leaves us wondering – what exactly is happening here? And how far will Carol go?

Kelly Thompson has proven to us time and time again that she’s not afraid to take risks during her run on Captain Marvel. And Captain Marvel #12 just further reinforces that fact. This is a Carol Danvers we’ve never seen before.

The premise of Captain Marvel #12 is one that fans have been talking a lot about lately. Some fans are appalled at the thought of Carol going bad. In contrast, others (not all fans) have been delighted by the idea.

All of that being said – there was no way the fans’ theories were prepared to handle what Thompson handed here. This issue was a perfect example of complex storytelling. There were prominent elements, such as the battle and everything it entailed. But that was only the top layer. Captain Marvel #12 contained a shocking amount of subject with it, leaving fans open to infer plenty about what’s truly going on.

As a fan that wasn’t sure what to expect about this plot, let me assure you that it completely blew me away. I can see why fans were counting down the days to this release (myself included).

Any comic book fan will tell you that there’s little better than getting to see a genuinely exceptional fight. And trust me, Captain Marvel #12 contains precisely that. The creative team behind this issue went above and beyond in showing off two of the strongest Marvel characters and how a battle between them would turn out.

Lee Garbett was the lead artist for this issue. That means that they’re responsible for all of the dynamic scenes found here. There are a few that would be worthy of being made into prints, at the very least.

Then there’s Tamra Bonvillain, who did the coloring for this issue. Her work for Captain Marvel has been exceptional, but this issue highlighted her talent in a whole new way. The scenes were vibrant and alive and oh so dangerous.

Finally, VC’s Clayton Cowles stepped up to provide the lettering, and he had a lot to work with here. The sound effects alone are fabulous. But it’s the running internal monologue where his work really excels.

Captain Marvel #12 was a heavy-hitting issue, one that wasn’t afraid to pull punches. Literally. There’s a whole lot more going on behind the scenes in this plot, as it’s already begun to hint at. And I, for one, cannot wait to see what lies ahead.

Having finally read this issue, I can see why fans have been so eager to get their hands on it. And why it’s been getting so much ink. It has fully lived up to (and surpassed) my expectations.