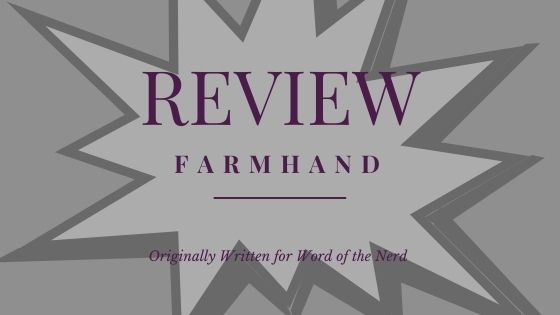 The Past Has Come Back to Haunt In Farmhand #15

After a short break, the ghastly tale of plants and implants is back in Farmhand #15. This is a world that has been steadily getting darker with time, and it looks like it’ll brighten up anytime soon. So if you’re looking for an original horror worth diving into, this is one to check out.

Once upon a time, the discovery of using plants to grow implants and prosthetics seemed like a miracle. Now it’s more like a nightmare, as the truth behind the entire process is steadily being revealed.

If only that was the only secret, this small town was hiding. In a series that blends family drama and horror, Farmhand is genuinely chilling – a fact that seems to become increasingly apparent.

Farmhand #15, like the rest of the series, was written by Rob Guillory until this point. His horrifying vision has come to life on the pages, and it is haunting. Thematically, I’ve loved this series from the start. The addition of family dynamics and drama has brought the series to new heights, especially in the last couple of issues.

‘The Knowledge of Good and Evil‘ primarily bounces back and forth between two moments in time. The present, where everything is going to hell. And the past, where it all began. It’s fascinating to see how the two tie together so strongly, as one character, in particular, learns the hidden truth of his family.

The revelations (and reactions) in this issue have left me with countless questions. I consider that to be a good thing. This series is easy to become emotionally invested in; all while curiosity is allowed to run free.

I sincerely cannot wait for the next issue in the series to drop, not just because I have questions I want answers to. But simply because I’m looking forward to seeing what is next, and how we’ll next be surprised.

As mentioned above, Rob Guillory was the writer for this issue – but that’s not all. He was also the lead artist, working alongside Rico Renzi (colors) and Kody Chamberlain (letters). Together they turned Farmhand #15 into something that is simultaneously stunning…and horrifying.

This series has never been afraid to dive into dark imagery, but it felt so much more accurate and haunting in this issue. That’s thanks, in no small part, to the art style they’ve been working with this whole time. The expressions and color palette did help to enhance the scene, of course.

The cover for Farmhand #15 is quite possibly my favorite of the series thus far. The colors are a bit of a break from the norm (usually being dominated by green and other natural hues), but it works spectacularly in this case.

Farmhand #15 was a haunting tale, one that revealed the past to such a dramatic effect. It truly would not be the same series if they were to remove the family drama. Or the horror, for that matter. Together they merge and create something new and perfect.

There are many things I’ve been enjoying about Farmhand. The aesthetic, the themes, the tone. Then there’s the storytelling style, which is unpredictable yet solid. It’s everything I could have hoped for in such a dark series, and then some. That is why I’ve found myself so thoroughly entranced by it all.