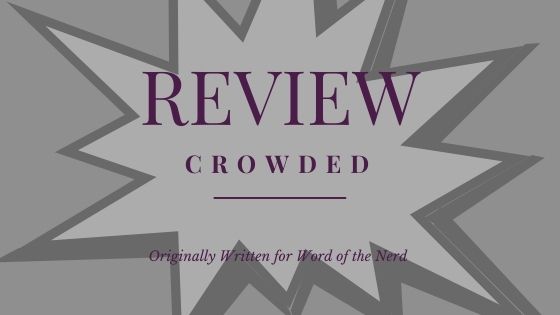 Are Barriers Being Broken Down in Crowded #8?

Charlotte and Vita are still alive and well in Crowded #8. Okay, they’re mostly well. But then again, how many people have been trying to kill Charlotte? Them being slightly less than okay is acceptable at this point.

This series has had us asking a lot of questions for quite some time now. And while not all of our questions have been answered, this issue does go a long way in starting to tell us that tale. And yes, it’s better than we hoped.

Frankly, I’m just amazed that Vita hasn’t given up on Charlotte by this point. Then again, Vita is very clearly an exceptionally stubborn person. So there’s that. And it has made for an interesting read, so no complaints here.

Crowded #8 had many different elements in it, but Christopher Sebela did a solid job of balancing everything out for us. There’s action and chaos, of course, but also some character development. Actually, there’s quite a lot of that.

While the evident focus was on Vita’s character, Sebela successfully dropped lots of hints and undertones about Charlotte’s character along the way. Things like how her character acted when she thought she was alone or the expressions on her face. Nothing major individually, but when added together…it starts leading us towards the true character behind Charlotte’s sob story.

The fact that there was this much undertone woven into the plot at all is quite impressive. Especially given the other storytelling methods involved – and the other subplots introduced. It looks like Crowded is getting more complex rather than less. And I couldn’t be more excited about that.

The artwork in Crowded has always been fun. And Crowded #8 is no exception. And it’s no surprise, given how many artists were involved in the project. Ro Stein and Ted Brandt provided the line art, while Triona Farrell did the coloring. Lastly, Cardinal Rae provided the lettering for this issue.

There were a lot of intelligent decisions here. Vita has always had this harsh edge about her looks – but that element seemed all the more striking in this issue. Perhaps in contrast to her backstory revelations?

There admittedly was less fighting in this issue (well, less action shown), but our artists found other ways to be clever about the plot at hand. For example, there were several scene changes throughout the course, and it was always obvious when that happened, as were the perspective changes (much appreciated).

The more I look back at it, the more I realize just how much was going on in Crowded #8. It’s not an issue fans should be skipping! Personally, I’m thrilled with all of the revelations about Vita’s character. And both curious and concerned about the implications towards Charlotte’s character. I can’t help but notice the seemingly intentional contrast between the two.

Crowded has been a whirlwind of a series, one that keeps taking these crazy twists and turns. And while it didn’t slow down in issue eight, it did stop and take a look at some other vital elements of the series. It’ll be interesting to see where this goes in the long run.